This is the place for posts that don't fit into any other category.

I saw a red squirrel when I was visiting my cousin on the Isle of Wight. Lovely looking little animal, but I didn't have a decent camera with me (and I forgot the phone had an acceptable camera in it!).
Top

Never seen red squirrels in Scotland but there are lots of them in France and they are very red, at least the ones we saw were. We are knee deep in grey squirrels here.

An unfortunate shadow over my favourite bay in Mallorca:

For some reason, my brackets seem to disappear, so here's hoping....

Montenegro from across the bay 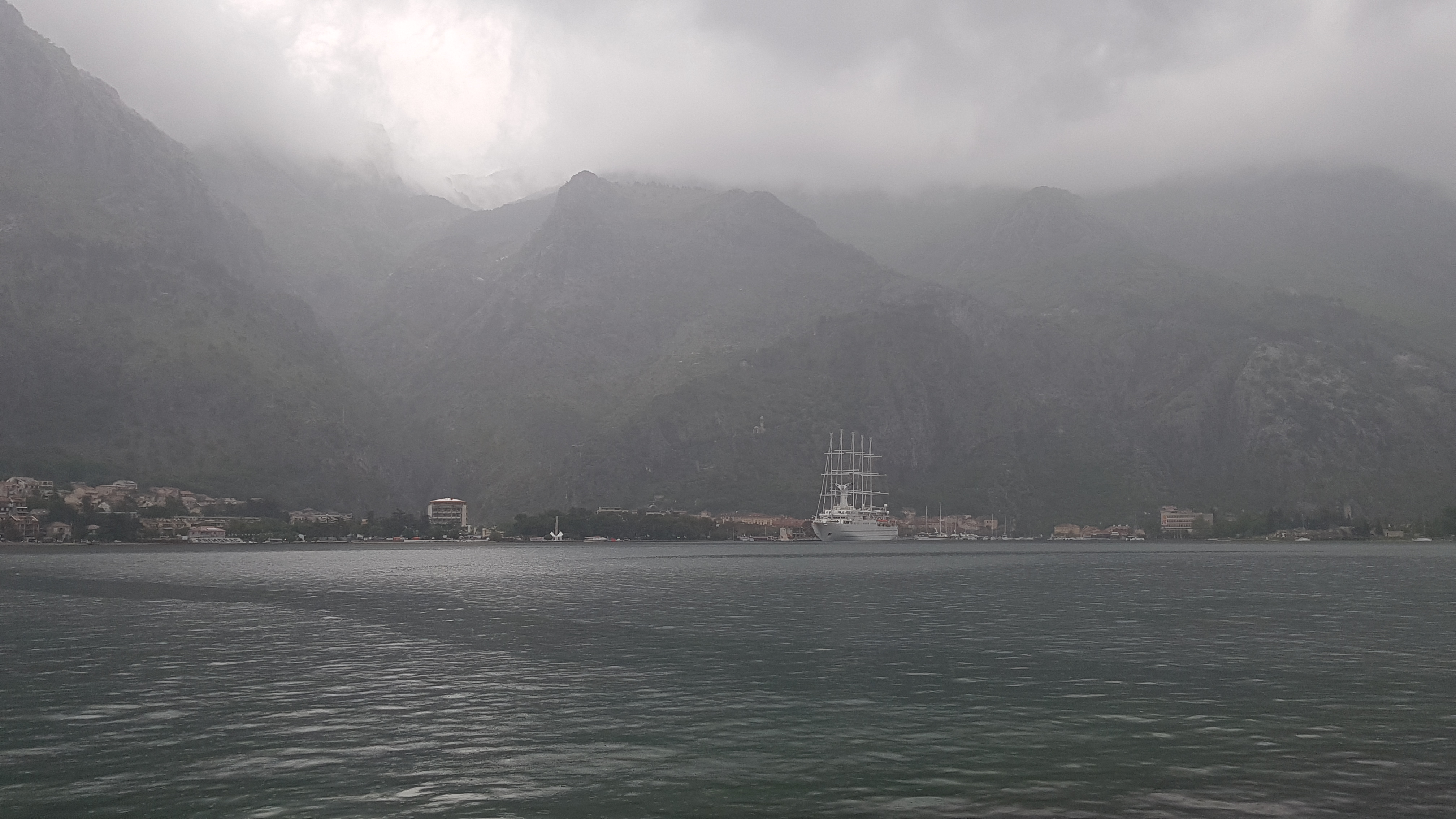 Close up of same boat, some sort of working passenger experience. 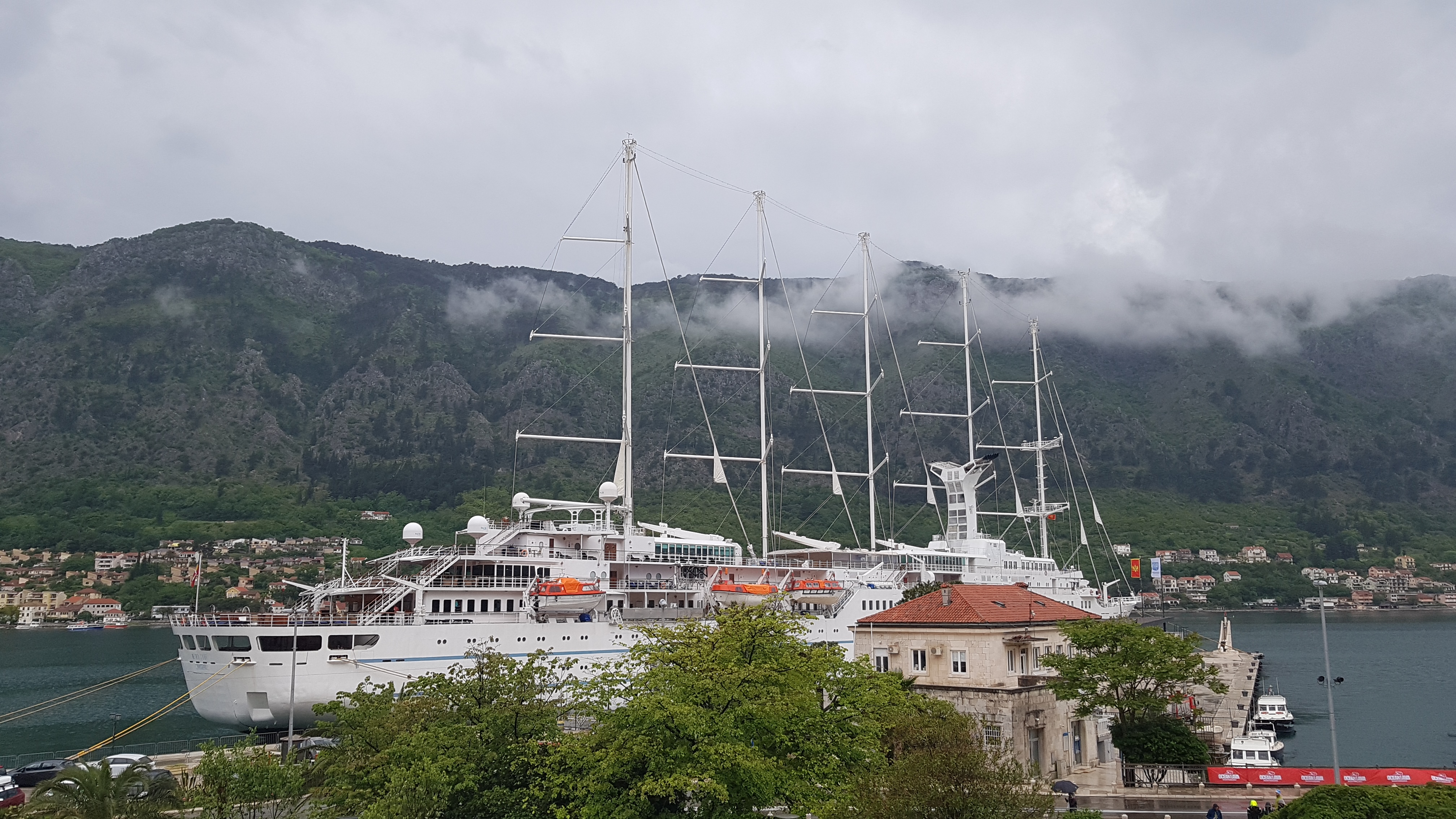 Pee'd all the way from Dubrovnik to Montenegro, but the car was fairly new and the wipers worked well (unlike some hire cars 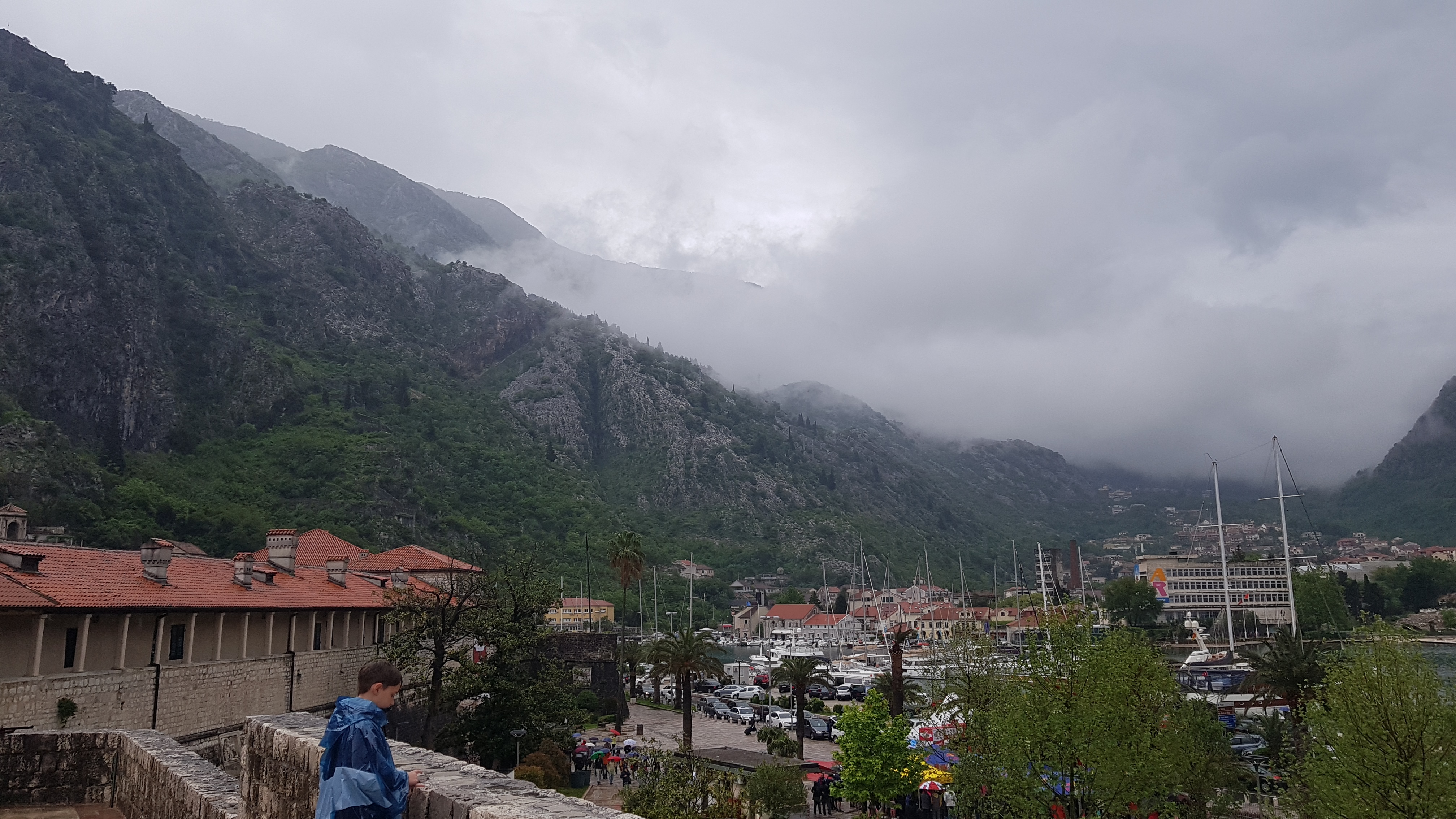 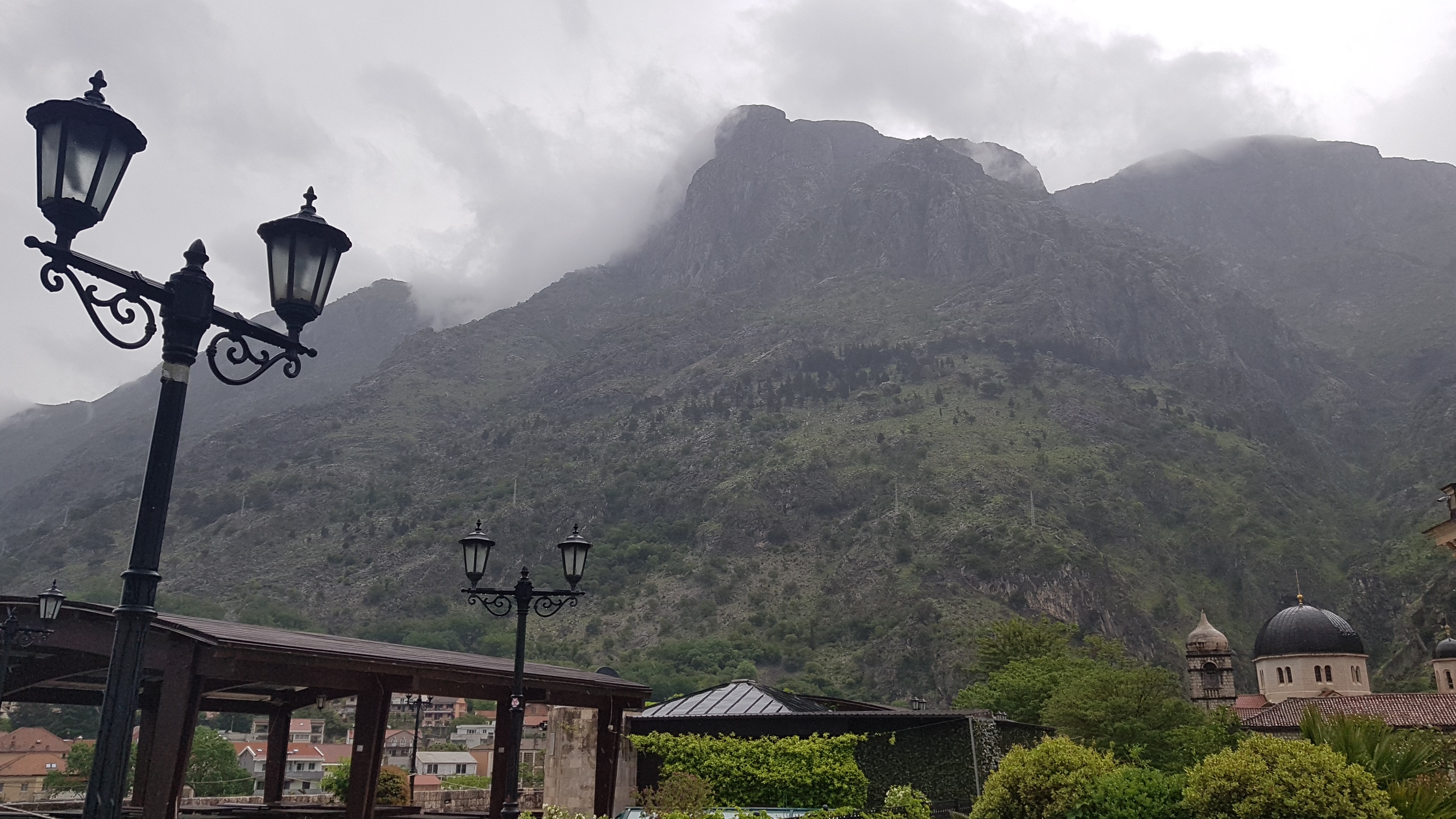 I'd recommend a trip there. We went to Bosnia too, but after using the phone for sat nav, I had no battery so no pics of Bosnia. It's beautiful and people very friendly

Looks fabulous.
Montenegro is one place I would love to visit.
Top

This picture was taken in the '70s before they built the Charmouth bypass. The A35 passed through this tunnel and there were many accidents there. This lorry is taking a huge transformer to the sub station at Hawkchurch, just over the border in Devon.

I expect a number of you travelled this road before the bypass was built and afterwards. We could drive straight into Lyme Regis across the top of the tunnel, we now have to get across the A35, drive half a mile or so, turn left and go up the other side, a somewhat hazardous journey in the holiday season.

Anyone got a picture?

Spookily I came across this display at a toy and culture museum:

I have more from there which I'll save for blank days!

"Huge transformers..."
My father designed those (for BET-Crompton Parkinson) for most of his working life.
Pickfords and others would move them at less than walking pace along carefully surveyed routes.
For longer journeys, the lumps were loaded directly on to special rail bogies, which ran direct into the Hayes works.
Top

white exec wrote: ↑
16 Sep 2019, 11:33
"Huge transformers..."
My father designed those (for BET-Crompton Parkinson) for most of his working life.
Pickfords and others would move them at less than walking pace along carefully surveyed routes.
For longer journeys, the lumps were loaded directly on to special rail bogies, which ran direct into the Hayes works.


from here Growing up in Hayes in the 50s and 60s
"Between the canal bridge in Station Road and Dawley bridge there were several other significant industries at that time including Wakefields who were well known for their Castrol Oil and the British Electric Transformer Co. or B.E.T. as it was affectionately known, which later became Crompton Parkinson. The B.E.T. were responsible for making many of the huge transformers for power stations and the like, we would watch in amazement sometimes as the mighty Pickfords push and pull heavy haulage lorries attempted to negotiate their way out of the factory and along the somewhat narrow roads. Indeed my mother had worked here together with some of my aunts although during the war years like many other factories they were involved in the manufacture of items for the war effort."

There are a few on YouTube - I do remember a Pickfords one a few years ago.

Big stuff.. have you seen the 'biggest crane in the world' at the new Hinkley Point nuclear site.

I had a little dalliance over to FCF member JohnD's most interesting website, and his excellent blog posts about caravanning trips. I took a great interest in his post on Durham and Northumberland of course, and another one about Norflok and Suffolk also captured my interest, having had a little holiday in the same area of Norfolk a couple of years ago.

I would recommend taking a look here and a taking little time to read John's story and explore one or two of his "tours". Some excellent pictures.

This is one of the places John wrote about in the Norfolk and Suffolk trip. Had we known about it at the time we too would have sought it out.
Wolferton Station, Norfolk 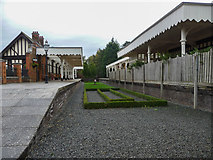 © Copyright Christine Matthews and
licensed for reuse under this Creative Commons Licence.

Granted it's a bit of an odd picture, but this is what I found at work this morning. I wonder if the rat that gnawed its way into this box of rat bait is regretting its actions.

Rat with a death wish - own work

Thanks, Neil for that extra detail. The B.E.T. was in Clayton Road, very close to EMI-Marconi.

Not only were the rail sidings running through the factory, but the Grand Union Canal ran along the back of it. One night there was a mishap involving the canal, all because someone forgot to make a phone call. What happened was this... Part of the quality checking of the transformers involved running them up under full power and into overload. Such were the quantities of electricity involved, these soak tests could only be done at night, when local grid demand was low. The "customer" was almost invariably the CEGB, and they were happy to make huge amperages available for several hours in the middle of the night. However, there needed to be a "load" for the transformers, and this often took the form of massive iron coils immersed in the canal. Such was the heating effect, that there was a standing arrangement with British Waterways that they would open ajar a series of lock gates to boost the canal water flow. A phone call was all that was necessary to get the water flowing, but, one night, someone forgot to make the call.

On went the power, which was duly wound up. To cut a long story short, all went well until someone noticed that the canal was actually steaming. The test had managed to almost boil a section of the waterway, such was the high level of power being dumped there. The difficulty was resolved with a belated phone call, but the next morning some angry phone calls were received from the local angling club.

It was wartime, and the factory was working flat out to produce replacements for bomb-damaged transformers everywhere. Such was the need to 'keep the lights on' across the country, that a plan was hatched to create a "national grid" of power lines and generators, to replace the previous regional patchwork of separate generating companies. The idea was that if Birmingham, for example, had its power feed go down on one side, power could be fed in from another. By the end of the war, plans for a National Grid and a Central Electricity Generating Board had been drawn up. It just remained to be funded and realised post-war, a major job for the 'fifties and early 'sixties.

There was a parallel plan in the 'sixties to create a "national grid for water", so that the problems of water surplus in some parts of the country (eg Scotland and NW) and shortages in others (London, S and SE) could be tackled. The suggestion was simply to use the extensive and fully operating canal network (still then in state ownership) to distribute the water between regions. It never happened.
Top
Messages: 4649

Return to “The Off Topic Chat Lounge”